Mega Gallade is a card that was greatly ignored in Roaring Skies, but nonetheless I love this card and want to see it used.

Well Pokemon is showing some love for old cards. An old Gallade had an attack where you flip over your prizes and do more damage for each one. The new ROS Gallade EX has an attack that does more damage the more prizes you have left. While the new Gallade can do more after one attack, it is a lot less energy efficient at 3 Psychic energy whereas the old Gallade could cheat with a DCE. Gallade EX still isn't that good.

Into specifics, Mega Gallade does 110 to the active and 30 to any benched Pokemon with damage on them. While three energy, two psychic and a colorless, you can cheat with Dimension Valley to make it two energy for a pretty solid attack. Mega Gallade just makes damage more damage that can scale well into the late game. Absol has an ability similar to Dusknoir where once you play it onto your bench, you can move up to 4 damage counters from one Pokemon to another. Absol is a basic making it nice but the fact that the counters can be used once and is limited to 4 and only one Pokemon makes it tricky to use correctly. You can use some scoop ups to make it work but I don't think this will be too good. 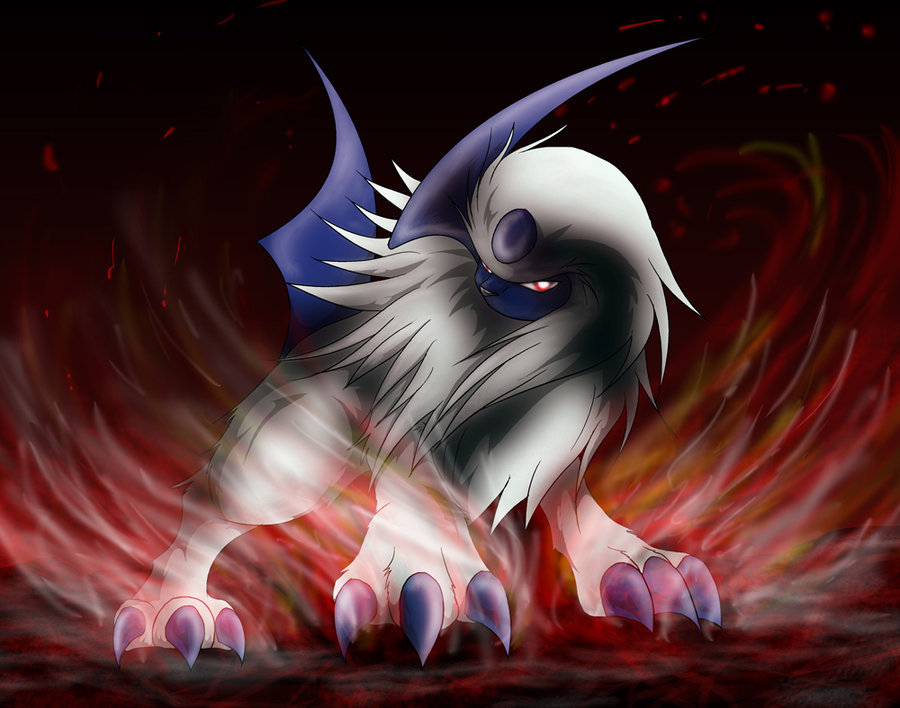 With Forretress' ability you place one damage counter on each of your opponent's Pokemon once you evolve into Forretress. This card can be pretty effective without needed to scoop up. The biggest liability here is Rough Seas which will get rid of all damage on the Pokemon you try to hit on bench. I really like Forrestress though since its a Stage 1 so it is still playable and can make sure you hit all Pokemon on your opponent's bench. Bats have been huge so once you evolve you can easily stack damage on your opponent's side. The problem here is that a line of a stage 2 where you need multiple and don't want to ues Rare Candy will take 9-12 slots in your deck which gives you very little room after the Gallade line. So yeah I chose Forrestress because I like the spread damage that can just stay there and accumulate over time. I found that playing 3 Forretress a game is pretty good and disruptive to your opponent's board, as long as you know when to play them. A stage 1 works well because you evolve once your opponent has quite a bit on their bench.

3 of your main attacker has worked fine for me. They become pretty energy efficient with Dimension Valley and you can still streamline them well

Gliscor's attack Rock Slide does 20 to the active and 20 to two bench Pokemon. This is just another type that you can use to spread damage. A 1-1 line is good enough to justify this as an attacker before Mega Gallade is set up.

Deoxys is a nice starter. The attack Close Encounter lets you draw 2 cards and can be used on turn one. This is a nice big basic that can help start the game off strong and Overdrive Smash is a decent attack. I can see someone playing Shaymin-EX instead for draw power but I like Deoxys.

This deck does not need to abuse Mega Turbo too much while you can get going really early with Dimension Valley, I think attacking for two energy is enough and doesn't need too much in the way of acceleration

While I would prefer the old Pokemon Collector where you search for 3 basics, I can still settle for Fan Club to search out 2. This format has a lot more need for draw supporters than search but I still like having this card to start rolling out Pineco.

Seeing as ACE SPECs have not been printed in XY we likely will not be seeing this mehcanic again. While cards like Computer Search and Dowsing Machine have a lot more strength I just like Scramble Switch and it works well with Megas with 200+ HP.

This card is here to make Mega Gallade solid in energy cost so you only use 2 psychics, however I do like using Silent Lab in this deck. You shut off Shaymin-EX cutting down on a lot of draw power and you shut down Mr Mime so your bench damage goes through. If these become too prevalent I may switch for 1 Silent Lab but for now, all Dimension Valley Items are pretty big for this deck. This isn't too much of a loss because of Deoxys and Fan Clubs to help out. But most off the time Seismitoad will run you down with lasers and hammers. However, if you do get set up, the Slurpuffs will likely all vanish on one turn leaving your opponent at a huge disadvantage. There isn't too much to be said here. Yveltal is a straigh forward deck that will run you over if it gets set up first. The way you can win is that most Yveltal decks play Jirachi and Darkrai-EX, Pokemon that just sit on the bench waiting to be hit. I've also seen a lack of Mr Mime in Yveltal Decks. Also, the fact that Gallade is weak to Psychic not Dark makes this matchups better than it seems You will attack first in this matchup, even with their Mega Turbos. It is definitely hard to get rolling and killing Primal Kyogres but you can attack first and get damage on their bench before you do, and the lack of EXs outside Gallade make that bench damage a little less substantial

This is where Mega Turbo will have a huge impact on the game. You can't Lysandre a Primal Groudon and it can run a hole through your 220 HP Mega Gallade. You have to strike first to win. The big Landorus and non-EX attackers are a problem that you need to take care off, but the mere fact that Primal Groudon will consistently KO your Pokemon once its up is not good.

I can see why Mega Gallade didn't get any hype. It simply isn't as good as Mega Rayquaza, Shaymin, Wally, and all the others. I don't think Mega Gallade will make a huge impact on the format but I see it as a card that can go and win a tournament, and I love it.